Non-OEM fuel pump for around R150 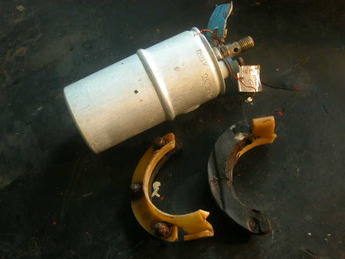 The first image shows the old fuel pump, vibration damper and supporting ring. The pump no longer worked and the other components were broken. I'm not surprised that the pump packed up, the wreck was standing in the open for I don't know how long with the fuel tank open. It's not an OEM pump. As far as I was able to establish it is a VW Golf pump, the same size as the OEM.

Since the bracket was broken and I had decided to make my own, I was not constrained to this size pump. After a thorough search I decided to go with a Chinese made generic. It's small, efficient and inexpensive compared to even the VW one. I also figured it is probably newer technology and may even last longer than the old tech VW or BMW pump.

An alternative installation is possible cannibalizing the old fuel pump and using the old housing and some nitrile or similar material to pack the smaller fuel pump inside it - see here how. 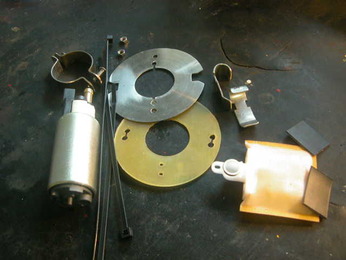 The photo shows the new fuel pump and sediment filter plus the brackets and other bits I made to accommodate it in the tank. The parts are all stainless steel, polyurethane and nitrile rubber. I did extensive testing and soaking of materials in fuel to make sure I use the right stuff. Some grades of nitrile rubber swell up and you can break it with your fingers-totally not suitable. I used polyurethane for the main cushion between the stainless steel disk and the fuel tank.

I was given a sample of Viton. I will test it, but my feeling is it's too expensive, almost double the cost of polyurethane for little benefit if any, but it's good information to have. 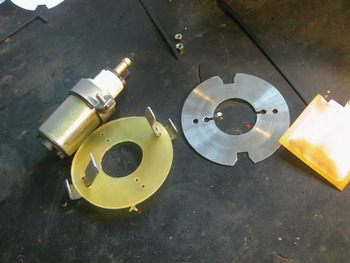 Step one, lightly fasten the clamp around the pump and insert the two hooks in the polyurethane cushion. The two hooks are held in position by the cushion, but can be moved easily to facilitate the process of locating the assembly into its proper place inside the tank. It's a tricky job; you have to do it with one hand. 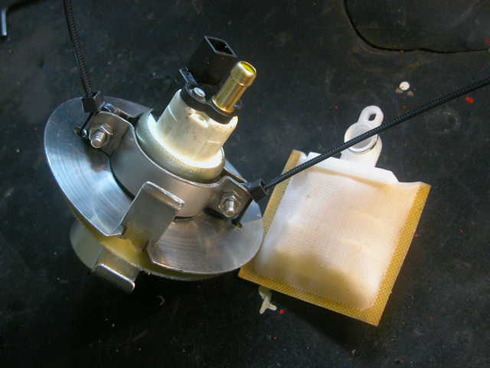 The collar around the fuel pump is held to the stainless steel disk and polyurethane cushion with two cable ties. I tapped a thread in the one side of the brackets and then added lock nuts. This photo shows the assembly just before installing.

The inlet for this particular pump is not centre, it's near the edge of the bottom surface of the pump. If you attach the filter so the bag protrudes out away from the pump body it will not fit in the space allowed for it in the tank; it has to be partly under the pump body, i.e. turned 180 degrees from the 'out away' position. That chamber in the fuel tank where the pump sits is also not symmetrical. The best position for the bag is angled towards the back of the tank and slightly to the right of the line between the two hooks.

Once the assembly is positioned in the tank another cable tie is strapped around the two hooks and the body of the pump to pull the top halves of the hooks in, towards the pump, and thereby anchoring the bottom of the hooks under the plate in the fuel tank and holding the assembly firmly in place. 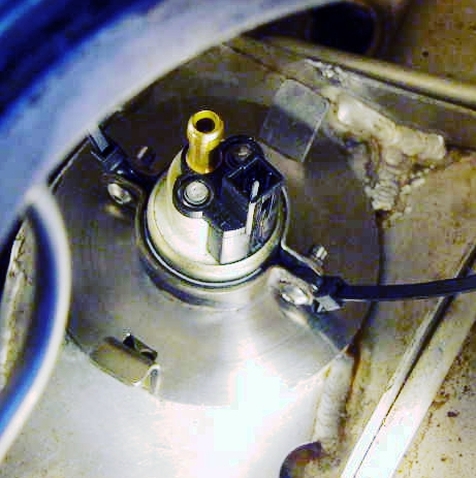 This shows the pump in position but before the strap pulling the two lever tops together had been fitted.
Powered by